Quote of the Week - Mike Mandel

From an excellent interview on Shane Lavelette's blog:

"It’s a little bit of a false sense of democratization, what’s happening. I think what’s happened is that it’s gotten much, much worse. There are really just a few people now that get recognized. They’re young people that get out of grad school and there are these vultures of the commercial art market that choose these particular artists. They get the shows, they get published and everyone else is ignored." 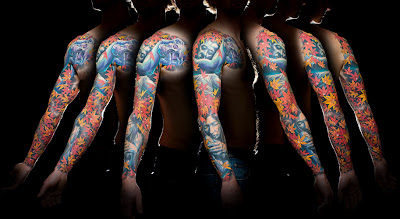 San Diego-based photographer, Max Dolberg is releasing his second book of Tattoo photography, titled Bloodwork: Sleeves and has a show that opened yesterday at Anno Domini Gallery in San Jose. If you can't make it, check out his blog, where there are shots of his very crowded opening.
Posted by J. Wesley Brown at 4:26 PM 1 comments

The 50 finalists and 5 book award finalists were announced for this year's Critical Mass.

Big Congratulations to the California Photographers selected, some of which have been already featured** on WCST. The rest are hopefully to follow.

(Please let me know if I missed any)

My first reaction last year when I found out about this place was, "There's a California Museum of Photography?!"

Why, yes, there is. It's at UC Riverside, which I realize is a bit out of town, but why not head out to Joshua Tree for the weekend and use this to break up the drive halfway through?
Their shows always look interesting and two that are on right now particularly caught my eye: 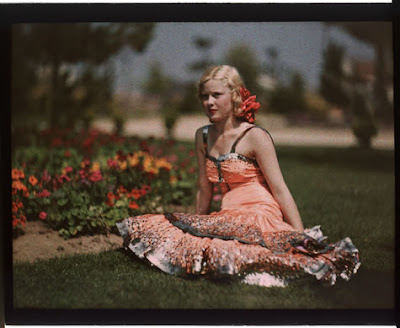 Pictures from potatoes? Before mass produced subtractive color film became available in the 1930’s, the Autochrome was the favorite color method of professional photographers and amateur artists. First sold in 1907, and invented by the Lumière brothers, simultaneous inventors of the moving picture with Edison, the Autochrome process used miniscule grains of potato starch dyed red, blue, and green to create a chromatic screen through which to capture color with an ease never before possible. Often compared with the works of Impressionist painters, the starch grains lend a vague and painterly aspect to the images. The result is a one of a kind glass plate of striking beauty and muted, smoky color. UCR/California Museum of Photography collection contains several examples of these early twentieth century images taken by Californian photographers, such as Will Connell of Los Angeles and W. Edwin Gledhill of Santa Barbara. Smoke and Mirrors invites viewers to experience these lovely and haunting images of a time before color. 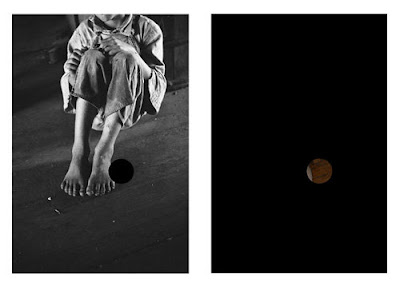 For the project Killed Negatives: After Walker Evans, the artist accessed Walker Evans' Depression-era negatives, now part of the Farm Security Administration photographic archive in the Library of Congress. From 1935 to 1943, the FSA hired artists to photograph the effects of the Great Depression and publicize government-sponsored initiatives that changed land use and purported to improve the living and working conditions of impoverished migrant farmers, sharecroppers, and tenants. The photographs that Evans, and fellow photographers, made were largely responsible for a visual and social consciousness of the economic conditions of that time. The FSA artists sent out on assignment would ship their film back to Washington D.C. for processing. The editing of images, led by Roy Stryker, often involved "killing" negatives that he deemed unfit to print by punching holes through them. This gesture, as evidenced by the language assigned to it, is a violent one; it is also particularly poignant as the holes often cut through the bodies of the already-vulnerable people who were documented.

Working with these "undesirable" and largely unseen negatives, Oppenheim pairs a copy of a killed Evans print with a contemporary color photograph that contains only the circle of information that she imagines might have been extracted. Her work sets up a visual dialogue between the 1930s and the present day. This is a gesture and set of concerns that seems strikingly relevant, as current economic conditions are repeatedly compared to those of the Great Depression.

LACMA's hosting a symposium on New Topographics this Saturday from 11-4. Looks pretty fascinating:

What’s at Stake?
New Topographics: Photography and the
Man-Altered Landscape

On the occasion of the re-staging at LACMA of the 1975 exhibition New Topographics: Photographs of a Man Altered Landscape, the morning session will address what the reenactment of exhibitions can mean within a museum setting. Participants include Douglas Crimp, Professor, Department of Art & Art History, University of Rochester and curator of the original 1977 exhibition Pictures, Philipp Kaiser, Curator, MOCA and co-curator of the forthcoming exhibition Ends of the Earth: Land Art to 1977, and Britt Salvesen, Department Head and Curator of Prints and Drawings and the Wallis Annenberg Photography Department and organizing curator of the touring exhibition New Topographics. The conversation will be moderated by Richard Meyer, Associate Professor, Department of Art History, USC and Director of The Contemporary Project.

The afternoon session will address the importance of New Topographics from the perspective of environmental impact, architecture, and urban history. The panel will question how many of the issues of the 1970s have returned in our present moment, and how they resonate in Los Angeles. Participants include Matthew Coolidge, founder and Director of the Center for Land Use Interpretation, Christopher Hawthorne, Architecture Critic, Los Angeles Times, and Norman Klein, Professor, Critical Studies Department, California Institute of the Arts and author of The History of Forgetting: Los Angeles and the Erasure of Memory. The conversation will be moderated by Edward Robinson, Associate Curator, Wallis Annenberg Department of Photography.

All three of Jesse Chehak's series are worth checking out thoroughly, including his great graphic series, Autos, but it was his Fool's Gold that really caught my attention for a feature. Jesse is originally from Tarzana and now lives in New Mexico, where he represents that state for The 50 States Project, which you should also check out. California is represented by Jeremy and Claire Weiss.

As far as I can tell, Fools Gold contains images of the western third or so of the US inspired by writings of old on the frontier.

I have been exploring the American West on a photographic vision quest of sorts, using history and the words of those before me as a guide.

I've chosen to highlight CA shots but make sure to see the whole series. 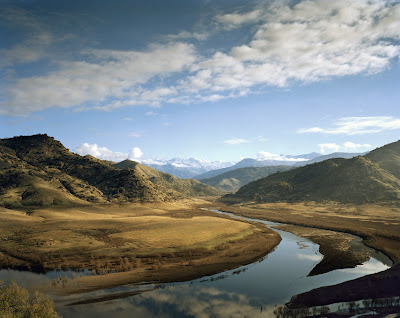 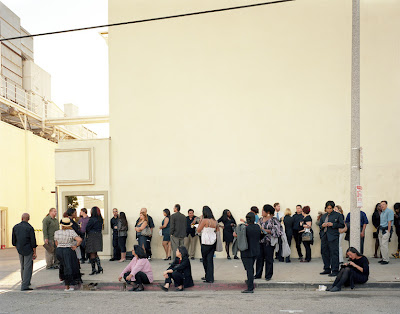 (Does this one remind anyone else of Jeff Wall's Outside a Nightclub minus the unecessary budget and timeframe?) 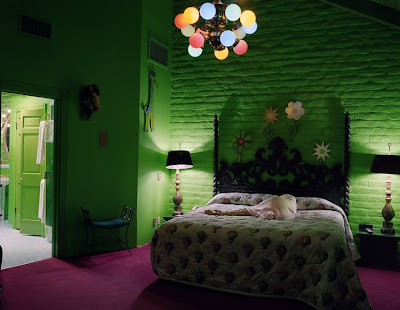 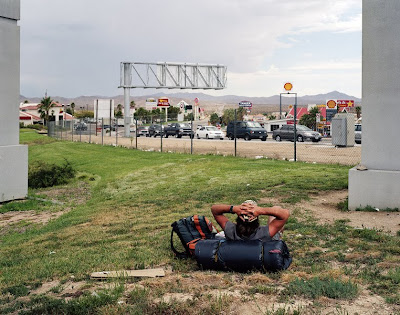 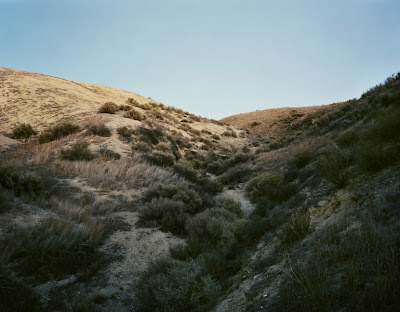 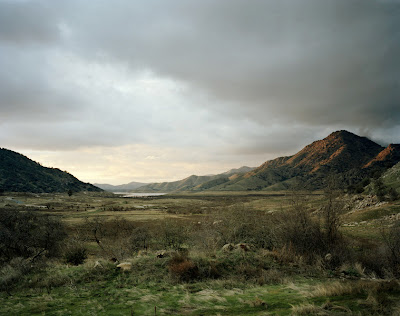 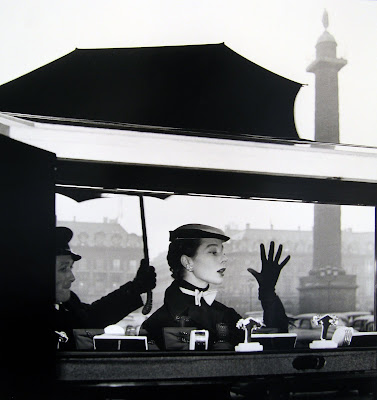 Two shows are going on concurrently and through March 7th 2010 at Peter Fetterman Gallery.

The first is Lillian Bassman: Women, which highlights over 50 images from this 93 year old photographer (why do most photographers seem to live into their 90's?). Most of these were taken ebtween 1940 and 1960 for Harper's Bazaar.