Posting can be a bit slow for me this time of year, as it's my busiest so signing off until the new year.  Thanks for another great one.

Looks like it's going to be 72 degrees on Christmas day.  I love LA. 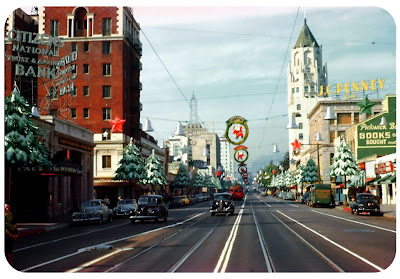 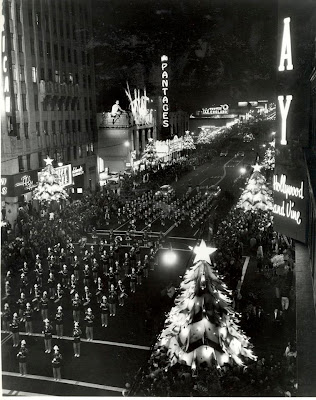 I apologize for the NYT Mag back-to-back blast but be sure to check out Peter Bohler's series on California sand dune racing in this week's edition here. 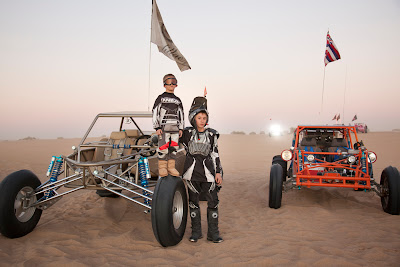 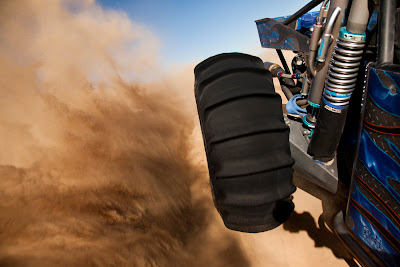 Wow, a fair bit of Photoshop went into making this image by Mark Peterson into the cover of the NYT Sunday Magazine this week.  I found it interesting that they showed the original right after the click-through on the cover. 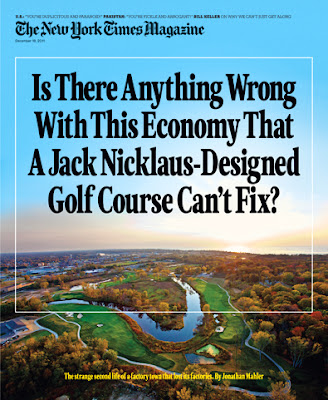 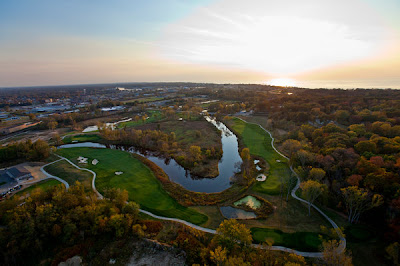 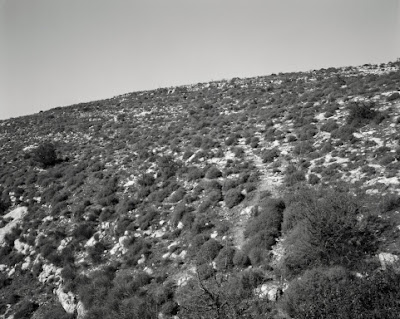 
"In the ground-floor gallery, Wall will show, together for the first time, three documentary pictures of Sicilian landscapes. The composition of Hillside, Sicily (2007) imbues the picture with a powerful downward motion, emphasized by the truncation of the slope, while the scale of the picture and stippling of the flora puts the work in dialogue with Modernist abstraction."


Translation: Jeff Wall can do whatever the hell he wants, even show a bland photo of a hill, much like many that can be easily found on Flickr.  He's gangster. That's why he chose a hill in Sicily.
Posted by J. Wesley Brown at 12:18 PM 2 comments

So that other new feature isn't going so well. I just haven't come across any egregious statements these past two weeks so it's probably going to be more like a monthly feature that a weekly one.

I'm going to try my best to keep up with this one, though.  Introducing: Historic LA.  I'm going to feature a new neighborhood each week through vintage photos found in the excellent Los Angeles Public Library Photo Collection. From what I can gather, many of the photos are from unidentified photographers.

Here we go. Click each one to view larger. 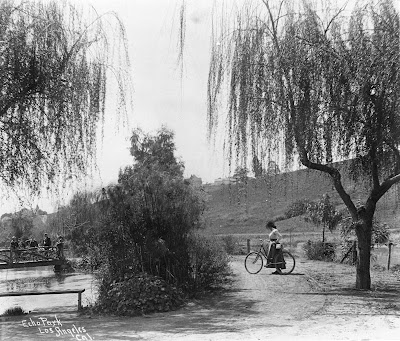 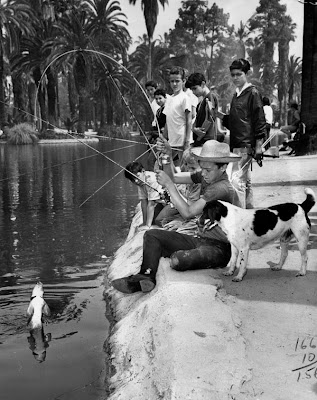 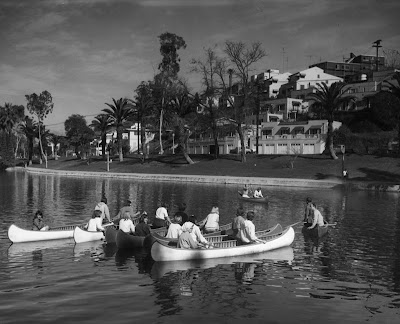 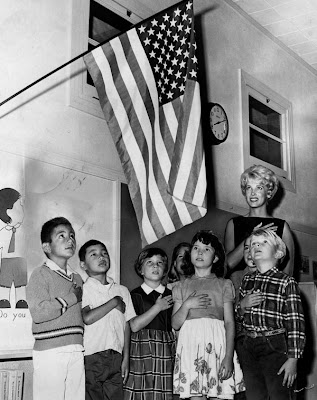 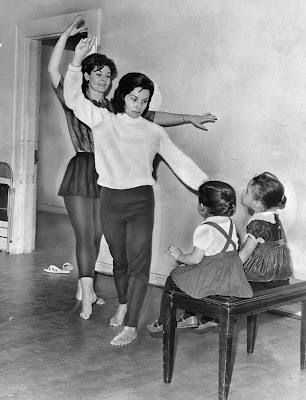 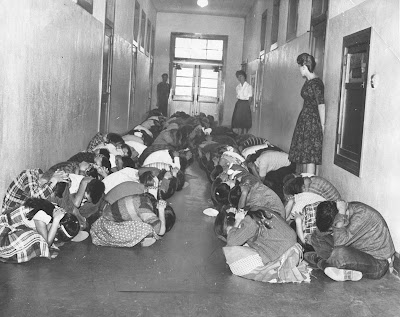 Anyone else remember that?  Ours were for earthquakes but this is in case of a "national emergency." 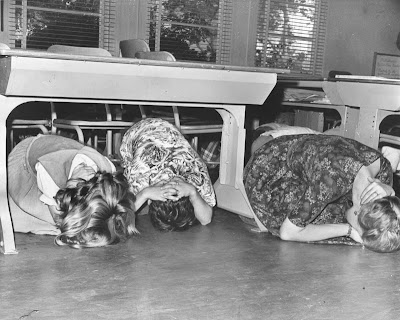 You can tell by the rear-end's facing the window that this one's for an earthquake. 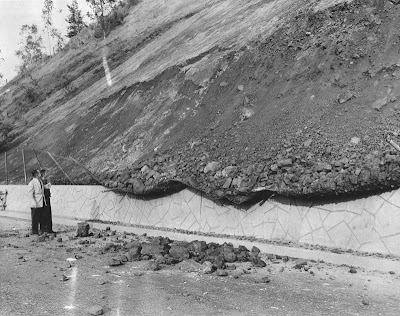 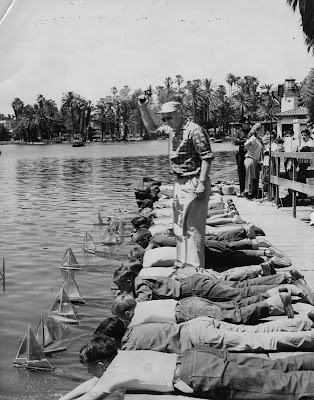 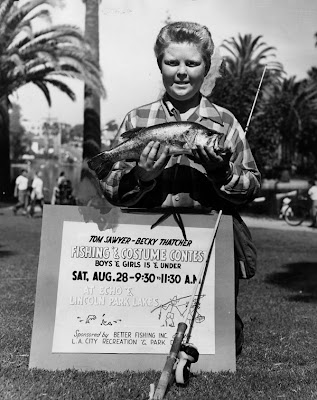 Evidently, a lot of fishing went down. 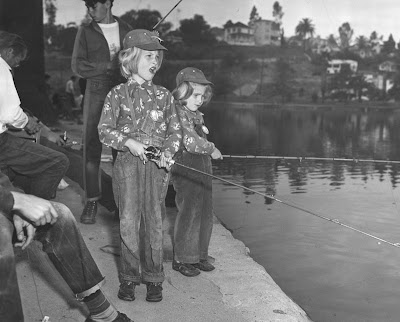 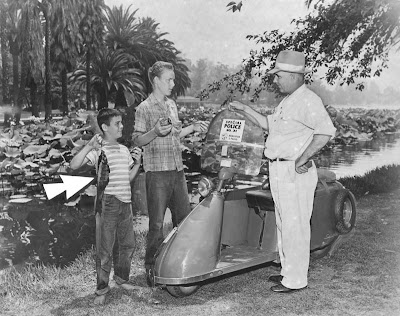 There was a season for it, though, and you could get in trouble if you fished out of season.  That was a motorcycle cop. 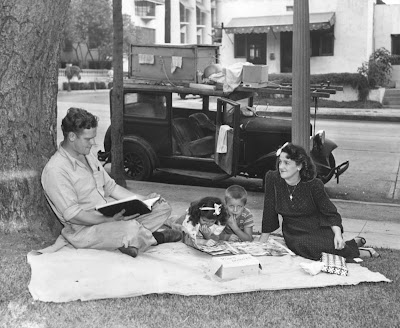 "Mr. and Mrs. Floyd Heagle, children Geraldine and Floyd Jr., camping out in Echo Park on July 24, 1946. They join Los Angeles' ever-growing legion of those evicted from their homes, 1946"


These guys occupied LA before anyone.  My guess was that they lived in Chavez Ravine and were among those forced out so Dodger Stadium could be built but this was twelve years prior. 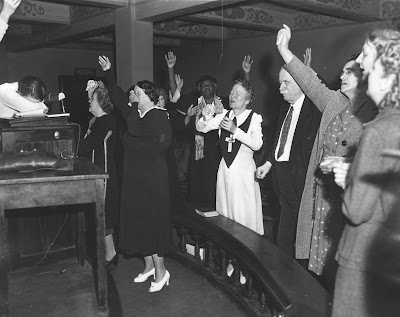 "Prayer services began in Angelus Temple's Prayer Tower soon after the news of the pastor's death was received and continued throughout the night with weeping, grief-stricken followers pleading, "Bring her back!" "May it not be true!" "Take her home." 1944 at Angelus Temple. 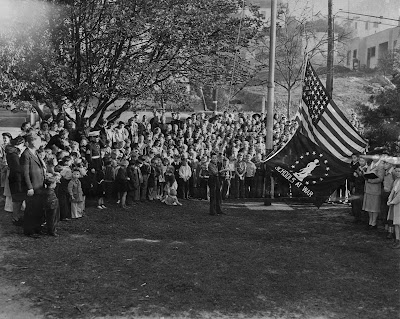 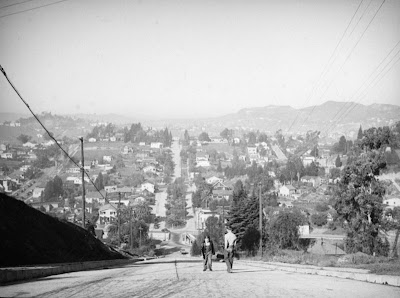 You have driven up Baxter, LA's steepest street, haven't you?  1939 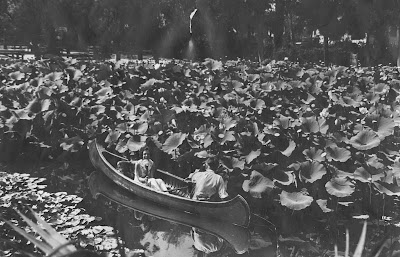 Evidently, they're coming back once the draining project is complete.
Posted by J. Wesley Brown at 12:14 AM 0 comments

Benjamin Lowy on the Daily Show

It's pretty cool that a photographer was the guest on The Daily Show last night.  Benjamin Lowy, who lives in New York (but this is no time for discrimination, right?) was John Stewart's guest.

Quote of the Week - Charles Saatchi

"For professional curators, selecting specific paintings for an exhibition is a daunting prospect, far too revealing a demonstration of their lack of what we in the trade call "an eye". They prefer to exhibit videos, and those incomprehensible post-conceptual installations and photo-text panels, for the approval of their equally insecure and myopic peers. This "conceptualised" work has been regurgitated remorselessly since the 1960s, over and over and over again."


Elger Esser: Voyage en Egypte opens at Rose Gallery on Saturday with a reception from 6-8pm.  I'm looking forward to this one.


Images can be seen here, which is of course a poor substitute for seeing the prints, especially his. 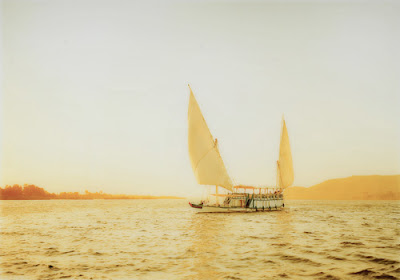