Quote of the Week - Bill Brandt

"It is part of the photographer’s job to see more intensely than most people do. He must have and keep in him something of the receptiveness of the child who looks at the world for the first time or of the traveler who enters a strange country. Most photographers would feel a certain embarrassment in admitting publicly that they carried within them a sense of wonder, yet without it they would not produce the work they do, whatever their particular field. It is the gift of seeing the life around them clearly and vividly, as something that is exciting in its own right. It is an innate gift, varying in intensity with the individual’s temperament and environment."

I decided in the beginning not to advertise on here and instead use the space for a banner for a cause I felt was important, Charity: Water.  They're launching a five-year anniversary campaign to buy a rig and supplies capable of digging 80 wells that will provide clean water for 40,000 people each year.  I love that 100% of donations goes to the cause and they secure other funding for their operations.  Head over and donate if you can.

The 2011 September Campaign. Our 5-year-anniversary video from charity: water on Vimeo.

The first time I saw Nickolas Muray's portraits of Frida Kahlo, I was blown away.  Shot in 1931, they are just gorgeous color work.  Frida Kahlo: Through the lens of Nickolas Muray opens tomorrow at the Fullerton Museum from 6-9 and there will be a curator's talk as well. 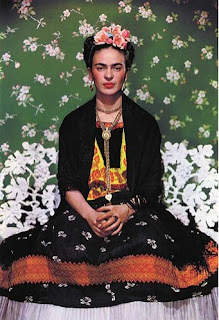 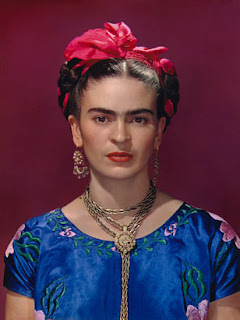 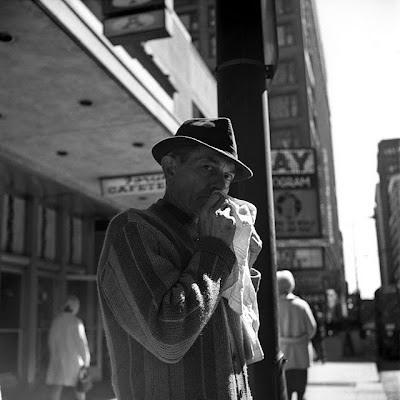 The Stephen Cohen Gallery is pleased to announce an exhibition of works by recently discovered Chicago street photographer Vivian Maier (1926 - 2009).  The exhibition will showcase Maier’s wide range of images, from her wonderfully inspired self-portraits, and architectural views to her street portraits from New York, Chicago, and other cities, which document post-war America of the 1950s and 60s.

Obscure until her work's recent discovery in abandoned storage lockers, Vivian Maier worked as a nanny in Chicago from the mid 1950s.  Born in New York and spending part of her youth in France, Maier traveled widely in the United States, Canada, Europe, South America, Africa, and Southeast Asia.

The black-and-white images document Maier’s unconditional interest in the human figure set against a diverse and ever-changing urban culture.  Her images are clearly of their time, and it appears that Maier may have been influenced by the work of some of her well-know peers, whose photographs were being exhibited during the period that she was photographing.

The exhibition will highlight contemporary prints made by Chicago master printer Ron Gordon, and Sandy Steinbrecher from original negatives in the collection of Jeffrey Goldstein.  Maier’s images have been exhibited in Chicago, Germany, and Norway, and are currently on view at the Hearst Corporation in New York.  She has been the subject of media coverage from CBS, BBC, The New York Times, Time Magazine, and many others.
Posted by J. Wesley Brown at 1:59 PM 0 comments

Kristopher Stallworth teaches at Bakersfield College.  His Periphery series lights that city's landscape with car headlights on the outskirts of town, where residential meets agrarian.


"An almond orchard photographed in the spring may well be a housing tract by the fall. In this group of images I hope to capture this shifting and fractured landscape." 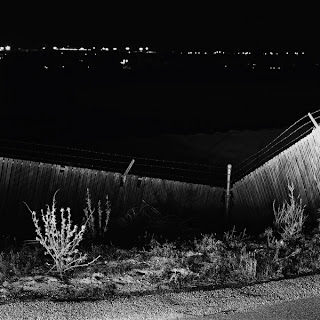 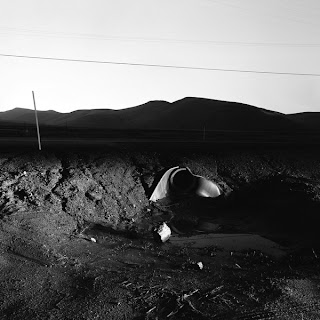 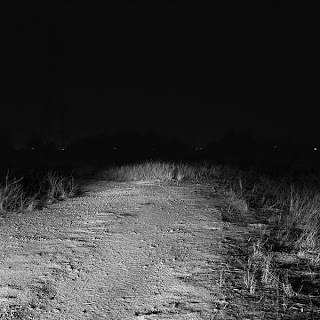 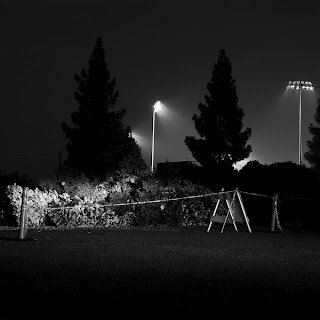 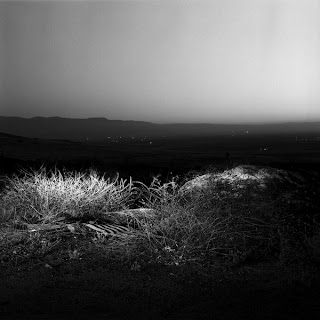 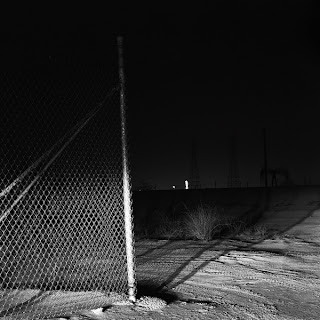 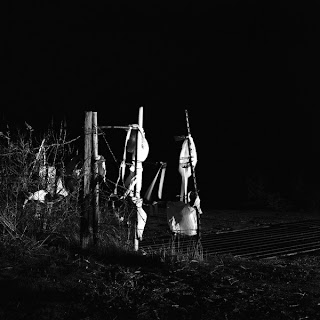 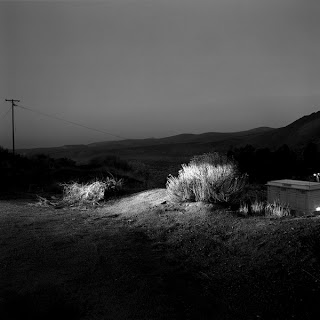 Email ThisBlogThis!Share to TwitterShare to FacebookShare to Pinterest
Troy Davis was most likely wrongfully put to death last night for a crime he didn't commit. Ours is the only Western, developed nation in the world that still has the death penalty, and a flawed one at that.
I can't help but think of Taryn Simon's The Innocents on a day like today.
More here. 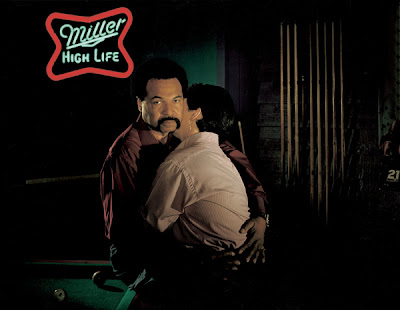 William Gregory:
Wick's Parlor, Louisville, Kentucky
With fiancé Vicki Kidwell, whom he dated prior to conviction
Gregory was pool champion in prison
Served 7 years of a 70 year sentence for Rape and Burglary, 2002
Copyright Taryn Simon
Posted by J. Wesley Brown at 10:40 AM 0 comments

I was interviewed for the SIP blog and it went live Sunday. It was great that they could include some of the Inversion GIF's in the post as they're meant to be viewed.
Interview is here.
Posted by J. Wesley Brown at 12:18 PM 0 comments 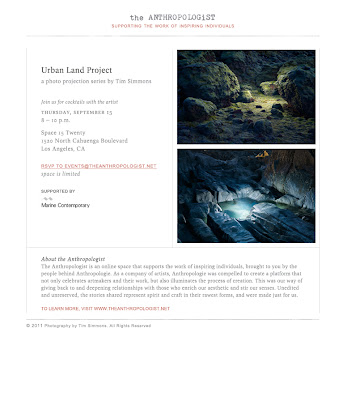 On Listening to Others 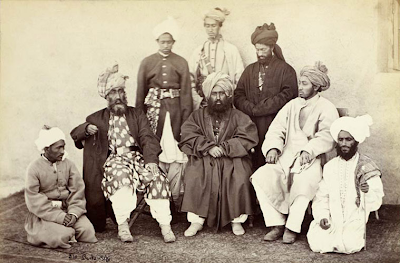 For those of you who follow the blog from out of town, September is usually our hottest month here in LA. Summer starts late after the June Gloom. I though it a good idea to go to a talk by Simon Norfolk this evening, both because of the nature of his project and also because of the added benefit of extended air conditioning time during the heat wave.

I did not regret my decision. Having studied foreign policy for my undergrad degree, the topic of Afghanistan and Simon's presentation of his experience there were particularly fascinating to me. I post about these talks because I usually find them worthwhile. They give special insight into projects I'm already interested in and I find myself leaving with a renewed hunger and motivation to create better work myself. Tonight was no exception so I thought I'd share some insight instead of just posting beforehand and not reporting what I've learned.

I learned a lot tonight but aside from the historical, Norfolk's presentation of John Burke's work and life was fascinating. Largely forgotten by history, Burke's work is being revived by Norfolk's project. I'd posted a thought about using historical projects as a basis for ones own but Norfolk's gone a step further than I could almost imagine anyone else engaging in such an endeavor doing. He believes Burke to be one of the greatest, if not the greatest, photojournalists ever. Without getting into the details of why he believes this, I'd like to point out that he has engaged in deep study into Burke's life and practices and could, I imagine, be considered one of the preeminent experts on these.

He said at multiple points during his talk that he learned so much from studying Burke's photographs, evolving as a photographer as a result of that study. Truly, Burke seemed a photographic hero to him.

Just last night, in my internet travels, I stumbled upon this video of the comedian, Luis CK giving a tribute speech to George Carlin. In the speech, he says "everything that I do that's good is due to this guy..." He was touched so much by something Carlin said in a talk he'd heard that had inspired him in a difficult time to try a new direction, that he felt he owed his success to that moment and to Carlin.

I can't say that I've had a similar moment, but surely I've been touched, tormented, inspired, and ashamed (in a good way) by other photographers work, which makes me gradually a better photographer. This is why I feel it is important to view work, research, and go to talks like these.
Posted by J. Wesley Brown at 11:59 PM 0 comments 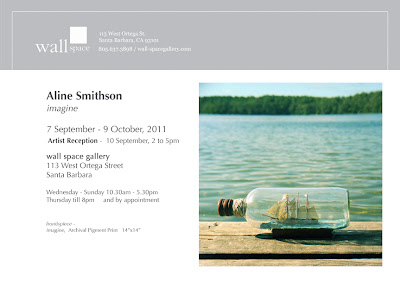 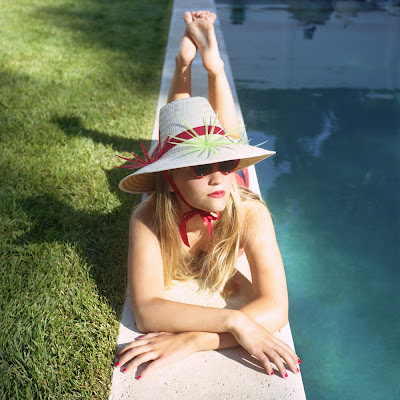 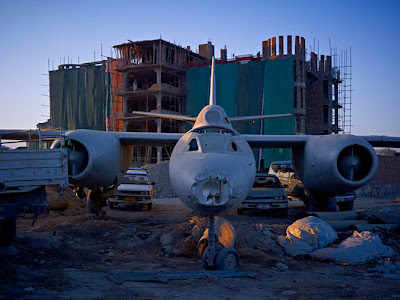 Copyright Simon Norfolk
Simon Norfolk will discuss his new book and sign copies at LACMA tomorrow, Thursday Sept. 8 at 7pm in the Brown Auditorium. Tickets are free and available the day of the event. Details here.
"British photographer Simon Norfolk will discuss his images of Afghanistan alongside those by 19th-century Irish photographer John Burke taken during the Anglo-Afghan war (1878-80). Norfolk finds modern parallels in his depictions of bomb-damaged buildings, local communities, internet cafes, soldiers and embassy workers, and draws comparisons across a century of British involvement in the region. A booksigning will immediately follow the talk."
Related question: How long is long enough to engage in such a dialog without it being thought of as mooching someone else's ideas or concept? I'd say that 130 years in this case is certainly long enough but what if less time has gone by? What if someone went shooting down the Mississippi tomorrow, taking their cue from Alec Soth? Is there such a thing as too soon? If so, how long should have passed for the new project to be interesting or independent enough? In the case of the La Brea Project, 35 years was enough for them. Would ten be? Five?
Be sure to check out the online feature of the book here.
Posted by J. Wesley Brown at 4:12 PM 0 comments

Steve McCurry, The Iconic Photographs opens (no word on a reception as far as I can tell) Saturday, September 10 through November 30. There is a nice selection on their site but you really should go see the prints - especially the close up portraits. 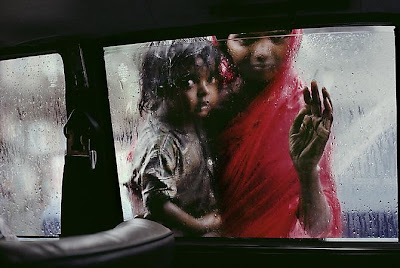 Steve McCurry, recognized universally as one of today’s finest image-makers, has won many of photography’s top awards. Best known for his evocative color photography, McCurry, in the finest documentary tradition, captures the essence of human struggle and joy. Member of Magnum Photos since 1986, McCurry has searched and found the unforgettable; many of his images have become modern icons. Born in Philadelphia, McCurry graduated cum laude from the College of Arts and Architecture at the Pennsylvania State University. After working at a newspaper for two years, he left for India to freelance. It was in India that McCurry learned to watch and wait on life. “If you wait,” he realized, “people will forget your camera and the soul will drift up into view.”
His career was launched when, disguised in native garb, he crossed the Pakistan border into rebel-controlled Afghanistan just before the Russian invasion. When he emerged, he had rolls of film sewn into his clothes of images that would be published around the world as among the first to show the conflict there. His coverage won the Robert Capa Gold Medal for Best Photographic Reporting from Abroad, an award dedicated to photographers exhibiting exceptional courage and enterprise. He is the recipient of numerous awards, including Magazine Photographer of the Year, awarded by the National Press Photographers’ Association. That was the same year in which he won an unprecedented four first prizes in the World Press Photo Contest.
Posted by J. Wesley Brown at 3:08 PM 0 comments

Quote of the Week - Geoff Dyer

It would take entirely too long for me to transcribe this so just head to about 4:40 in this video and listen to Geoff Dyer's fantastic account for a wonderful minute or so. The entire panel is worth watching - both days.

"However bleak and miserable looking the world was, it would still be more interesting to go out there and document it than it would be to do this kind of art photography of stacks of film". 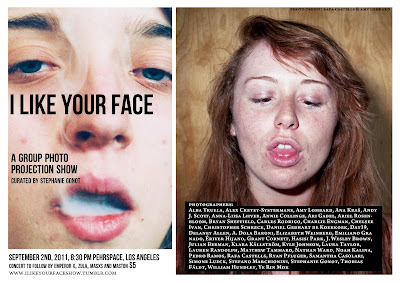 Click to make larger for show details.
Posted by J. Wesley Brown at 10:33 AM 0 comments