I just saw Craig Krull will be putting on a John Humble show in April. 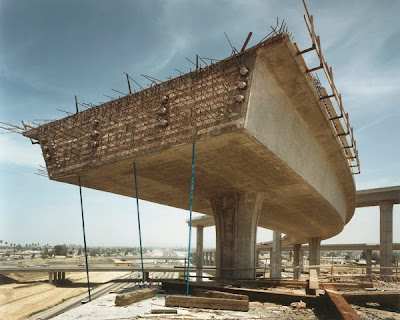 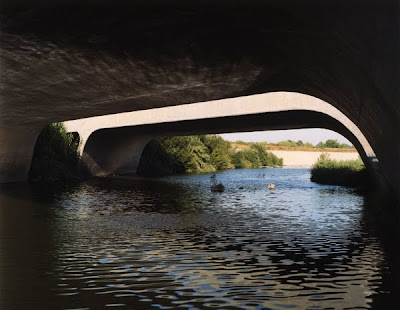 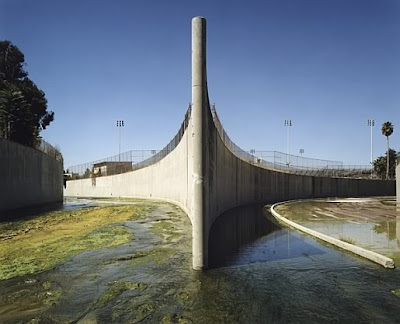 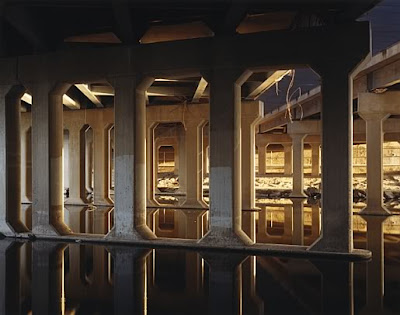 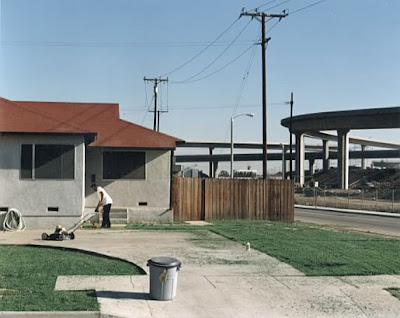 What is a "Portrait?" Could you tell by this portrait that Ernest was a tortured soul and would come to kill himself just 4 years later?

Wikipedia: A portrait is a painting, photograph, sculpture, or other artistic representation of a person, in which the face and its expression is predominant. The intent is to display the likeness, personality, and even the mood of the person...


In light of some recent features, contests, and shows I've read about, I've been thinking about what defines a "portrait," especially in light of the fact that I consider one of my series an anti-portrait series, in which I place the subjects far away from the lens or partly hidden so that they do not dominate the scene and can hardly be recognized. It is my belief that what it means to be an individual is so complex that a portrait could never come close in the slightest to explaining what it truly means to be that individual and inhabit their universe but I'll spare you my artist statement right now.

No, the universe is the universe and energy is energy. There's no need to call either God. Richard Dawkins in The God Delusion gives a pretty fair definition from which to initiate a conversation about "God" in that it seems to follow most religious believer's beliefs and can serve as a good starting point to a debate:
"a personal God who is the creator of the universe, who is interested in human affairs, and who should be worshipped."

Only once both parties have agreed on a definition of what is to be discussed, can you have a productive discussion. So why does the photo community seem to have no definition for a portrait?

What first got me thinking about portraits seeming to lack a solid definition was Flak's 100 Portraits selection. When I first looked through the selection I found myself thinking, "But a lot of these aren't portraits."

A close up of a mouth/teeth, someone's back, an x-ray of a sculpture, the top of someone's head shot from above, the side of someone's head obscured by their winter hat with just a nose and hint of an eye sticking out, a person's silhouette, back-lit so that no features are recognizable.

There's no denying the taste of the selection here - they are all excellent photos, but to me these are not portraits. Were I a magazine editor having sent you out on assignment to shoot someone's single portrait for an article, I would consider these failures and send someone else to re-shoot.

Today in my inbox I received the results of Center's Portraits competition. Juror Rodney Smith, a fine photographer in his own right, chose this photo as the winner: 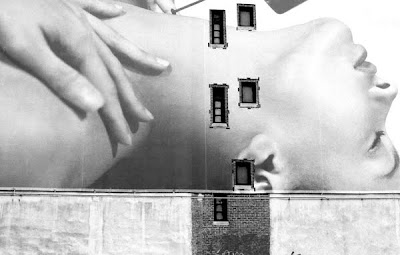 As you can see, it is an appropriated (in that the shot of the woman was taken by another photographer) fashion shot billboard on the side of a building. A portrait of a building or an appropriated portrait? I don't know but it strikes me as an odd winner. Then again, I didn't see any of the other entries.

Then yesterday, Joerg called Simon Burch's series of mixed landscapes and portraits, Under a Grey Sky, a "beautiful portrait of Ireland." It is indeed a beautiful series but can you take a portrait of a place? Of a car? Of a building? Of an apple?

It's an interesting question and I'm not sure I have the definitive answer but I'd be curious to hear what others think. What is a portrait?
Posted by J. Wesley Brown at 10:22 AM 19 comments

I forgot to mention earlier that Hossein Farmani posted something about next year's MOPLA. If you'll recall, I'd made a big deal about there not being enough local photographers represented and we had a bit of a back and forth.

Consider this an OPEN CALL for all your readers to get involved in MOPLA. Both me and Cat invite you and your readers to come up with ideas and propose great events or organize your own community events for MOPLA 2011.

We just finished a very successful Lucie Awards in NYC and now its time to focus on MOPLA.

PS. By the end of 2010 Month of photography we exhibited over 200 Photographers work throughout all the events. We had 17 discussions, 32 events, 42 exhibition, 54 venues.
Posted by J. Wesley Brown at 5:27 PM 0 comments 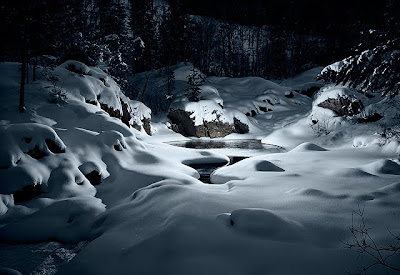 You may have noticed that the blog's been somewhat quiet as of late. I've made sure to post about all of the shows and openings I was excited about (except for this, this, and this so get over to the Getty) but the features have been sparse. This is mostly due to the fact that it's the busiest time of year for me at my day job - happens every year - and I'm going to have to hunker down here even more in the next few weeks, so aside from the occasional posting if something truly exciting comes around, I'm going to take a break from WCST until the second week of January.

Quote of the Week - Robert Frank

"It is a different state of affairs for me to be working on assignment for a magazine. It suggests to me the feeling of a hack writer or a commercial illustrator. Since I sense that my ideas, my mind and my eye are not creating the picture but that the editors' minds and eyes will finally determine which of my pictures will be reproduced to suit the magazines' purposes."

First up is Bedtime for Bonzo, curated over by Matthew Porter over at M+B. There are some big names attached to this one:

Like a river that returns every year to its floodplain, our politics and entertainment can be expected to return to the preceding decades for material. In particular, much of the recent rhetoric from the mid-term elections echoed the eight years of Ronald Reagan’s presidency. Viewing Jimmy Carter’s famous 1979 “Malaise Speech” as a herald of the 80s, this show presents a selection of images that, when stripped of their original contexts, serve as both index and icon for a decade best defined by a sententious leader. They can also be seen, in the decade before the Internet, as a late-century analog swansong. This is the Eisenhower era in color, with a technological upgrade. The confection-coated green and silky whites of the suburbs look saccharine next to rust-belt towns in decay—evidence of the simultaneous achievement and dismantling of the American dream.

Bedtime for Bonzo is a 1951 film starring Ronald Reagan as a moralizing pedagogue intent on meliorating a chimpanzee’s understanding of right and wrong. If the images on the walls feel equally didactic, remember that this is a show about the 80s, when subtlety was traded for over-dramatic hyperbole. 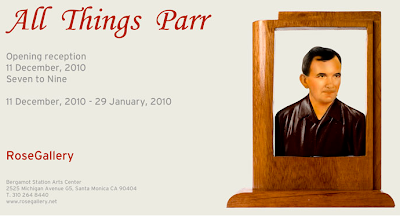 Then, over at Rose Gallery in Santa Monica, All Things Parr opens from 7-9pm.

Quote of the Week - John Szarkowski

"Nevertheless, I think that we held similar basic ideas about a curator's responsibilities. I'm sure that we all felt that it was our job to try to recognize what was good--what was most vital--in photography's past and present, and to bring that work, at its best and as clearly as we could, to its potential audience. Since we were different people working in different times we interpreted that charge in somewhat different ways, but surely we all regarded ourselves as critics and teachers, not as census takers."

There's a great Spanish word, ojalá, which means something like "but that it were true."