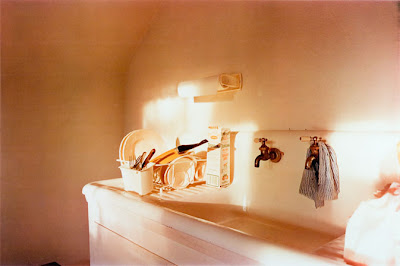 Even though I'm guessing you can't afford to dye transfer print, you might be interested in learning about it:

Photography conservator Gawain Weaver will discuss the range of materials and processes on view in the exhibition William Eggleston: Democratic Camera—Photographs and Video, 1961-2008. Attendees are invited to continue the conversation across the street at a reception at Edward Cella Art + Architecture, 6018 Wilshire Blvd, LA, CA 90036.

Rant Continued - On Contests and Deadlines

Yesterday, I told the NY Photo Fest not to feel so bad for their ludicrous deadline, especially for anyone not living in NYC, since they were not the only guilty party. Today it's time to call out a local contest for a somehow even more egregious deadline:

-Selected applicants will be notified on the 3rd of December 2010
-Selected Applicants must deliver printed, framed and ready-to-hang images on the 3rd - 7th of December 2010 to Smashbox Studios
West Hollywood.
-Images must be professionally printed at a minimum size of 16”x20” and framed in a professional manner.
-Any images smaller than 16”x20” or improperly framed will not be hung in the show and will be ineligible to win the competition.


Who in the world can print and professionally frame at 16x20 or larger in 4 days?

Rant - On Contests and Deadlines

As the deadline approaches for the NY Photo Festival's Humankind juried exhibition, I took another look at the requirements to see if I should enter last minute, per the usual. Yes, I admit it. I'm a procrastinator, always have been, but I usually get by ok. The problem here is that even if I were selected for the exhibition and notified by December 5th, which is when notifications go out, I'd have to have my photo(s) printed, framed, crated, shipped, and arriving in New York in just ten days, by Dec. 15th.

Yeah, um, I'd rather avoid that headache/wild-goose-hunt, so while you purport to open the contest to photographers living outside New York, you really don't. 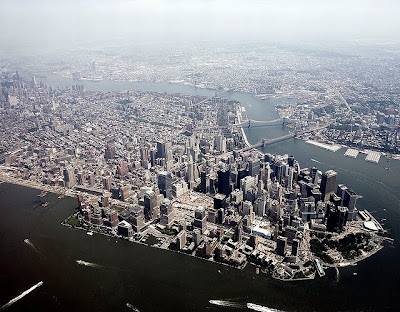 It seems incredible that I haven't been to New York in 3 years, since I spent 3 years of my life there and used to go back at least once a year for a visit. Needless to say, I'm pretty excited to return to the beast this week. While it won't quite be winter,

I'll be taking a break from WCST this week, since I'll be having a hard enough time getting to all the shows I want to see and catching up with people.

Anyone in the city, shoot me an email with show suggestions or if you want to grab a beer.

Here's my tentative list. An asterisk means it's a priority but I doubt I'll even be able to hit all of those up: 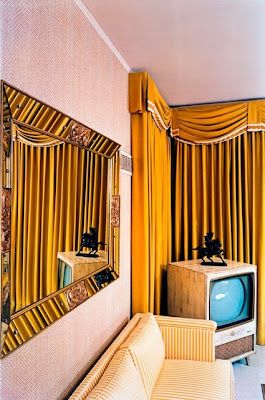 Aside from the big retrospective at LACMA, two additional Eggleston shows are here.

On view now across the street from LACMA at Edward Cella Gallery is William Eggleston: American Photographer. Images here. There's also a talk this Saturday at 4pm:

Carole Thompson is a private art dealer with a specialty in American Photographers and Painters of the 20th Century. A former curator at the Detroit Institute of Arts and the Memphis Brooks Museum of Art, Thompson published the first catalogue raisonné of Eggleston's multiples. Her clients include the J. Paul Getty Museum, LACMA, SFMoMA, and the Santa Barbara Museum of Art among others.


Opening next Saturday the 13th from 6-8pm at DNJ, Eggleston: On the Road presents images he took at the perfect location for his work, Graceland, as well as images from Democratic Forest. What could be a better fit?
Posted by J. Wesley Brown at 3:26 PM 0 comments

Glen Erler now lives in England but he grew up off the 15 freeway, near San Diego where he was born and lived here in LA for three years before crossing the sea. This has been a good year for Glen, having been shortlisted at Photo Fringe in Brighton and selected by Alec Soth for the 5th Curator's Choice over at Hey Hot Shot. 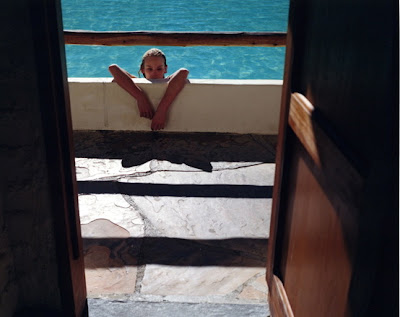 I've chosen to select images from three series he made about this time growing up here and about this place that is Southern California. When I first came across the work, many of the images resonated with me, bringing back a rush of feelings and memories of my own childhood in the San Gabriel Valley, specifically summertime there. I'm very excited to feature the work for that reason, but also because it gives me a chance to further explore some things I've been thinking about over the past few weeks.

A little while back, 2point8 published a transcription of a speech that Gary Winogrand gave at MIT in 1974. The following interaction seems to have caught the fancy of a number of people:

[Audience Member]: You talked earlier about how you were dodging and burning to get an open photograph….

[Audience Member]: Why not?

[Audience Member]: Why do you say that though? I mean there are tons of people that consider themselves photographers who elect to have blacks with nothing in it..

[Winogrand]: Everybody is responsible for their own foolishness. And their own misunderstandings.

[Audience Member]: In other words, you don’t allow that ?

[Winogrand]: It’s not up to me to allow, or disallow. I don’t run the show.

[Audience Member]:But you are… you’re not controlling anything, but you’re making a judgment.

[Winogrand]: One the basis of what I understand, that’s all. I mean, just take a look in this room, ok? Who is wearing anything black? Take a look at somebody who is wearing black. There’s light on it, what color is it, is it black? Or is it grey? Is there a black in nature?

[Winogrand]: No, sorry. When the lights are out, when there’s no light, it’s black. Take pictures then, be my guest.

When it comes to color, I disagree. In this case, it's my subjective opinion of what a photograph should be and admittedly, that may be influenced or formed by the technology I've been working with or been viewing over the years. Give me a camera that has the same dynamic range as my eyes and maybe I'd start to favor more open prints. But maybe not.

Personally, I love the combination of colors with deep, true black. It conjures emotion and feeling that I don't get with, say, white or with a soft palette. Maybe that's part of why I mostly shoot at night. I saw 2 Jehad Nga prints while at M+B last week and at first, my friend and I thought they were lightboxes the way the black made the highlights and colors pop so much. More can be seen on their site here. 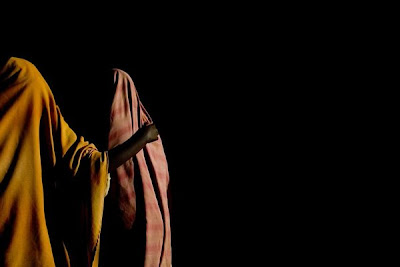 
I've tried softening my blacks and I just don't like the look as much. I still like it, but not as much. I may be wrong, but I think Glen Erler would agree. His blacks are blacks and that's a component that I love about his work. 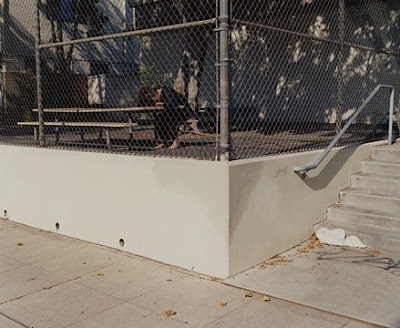 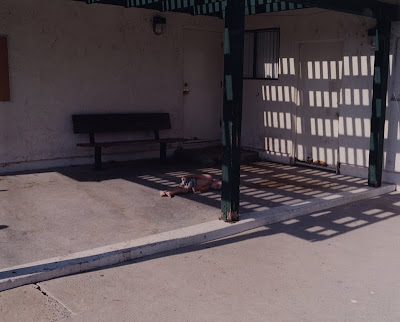 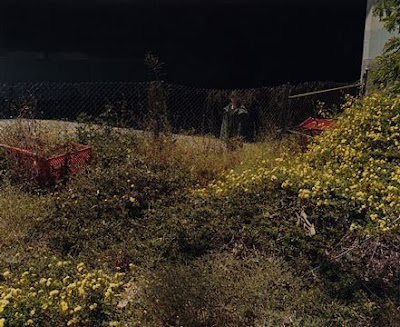 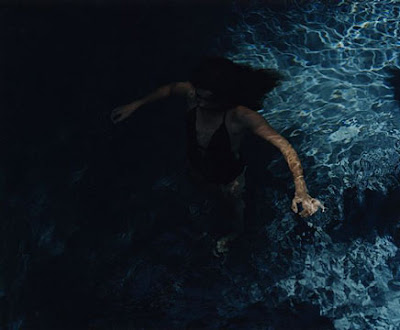 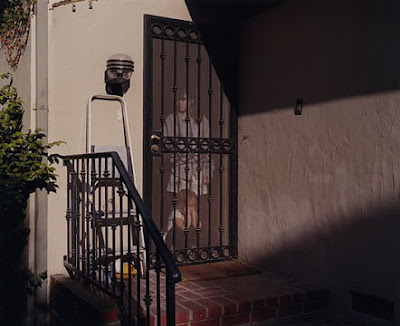 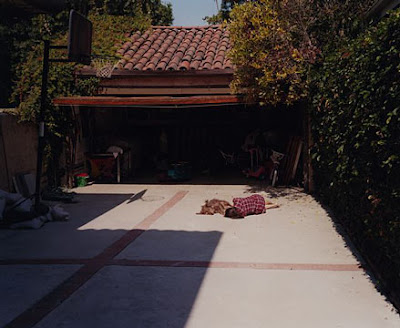 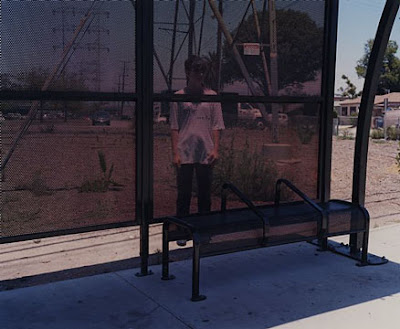 Now, someone who feels differently is Martina Hoogland Ivanow, who's work I came across on American Suburb X this week. I very much like her work but it's a different beast with a softer feel with more open blacks. She's chosen to lighten the blacks in her photos to go with that softness but you also see in the files (I haven't seen prints) a good amount of noise or grain resulting from that softening. Most noise and grain bother me. To me, it feels as if there is a layer of haze over her images.

It's a personal taste thing and well, art is subjective so you may have a different opinion on the matter and that's fine but I prefer true blacks in places like Glen uses in his photography both for the lack of noise and grain and for the emotion it conjures. I hope he'll excuse me for making an example here and for adding some of Martina's images below to his feature for comparison.

To copy Ed Winkleman's style, consider this an open thread on whether black should be allowed to be black in photography. 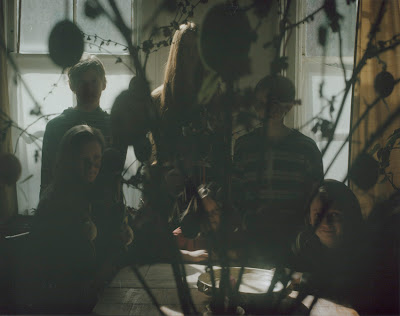 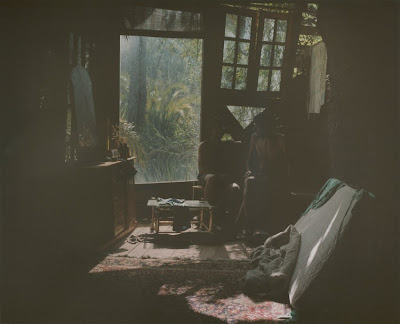 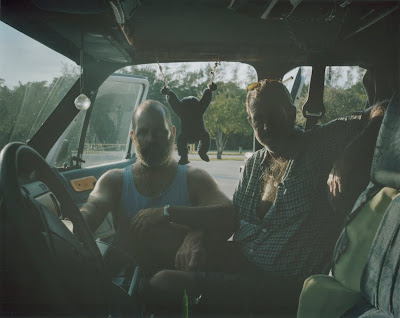 Quote of the Week - Edward Weston

"I shall let no chance pass to record interesting abstraction, but I am convinced that the approach to photography is through realism."