Center just released the results of both it's Singular Image and Project Competitions. Congrats to all the winners.

I was, however, bothered by one of the choices. In looking at the series submitted by Jarrett Murphy, who won the jurors choice award, my immediate reaction was, "this is a rip off of Tim Simmons work!" I've long been a Tim Simmons fan, though I feel not many people know of his work on this side of the pond.

Now I know no topic or idea is ever really fully explored and also that the Egyptians and the Aztecs both invented the arch independently of one another and with no communication, but were I a juror for a prestigious competition such as this I'd imagine:

a) I would be familiar with Tim Simmons work
b) one of my fellow jurors would be, all of us being knowledgable about the photo world
and
c) personally, I would not be able to award work that is so directly derivative.

Any thoughts? Room for both? 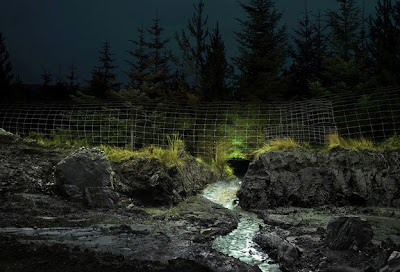 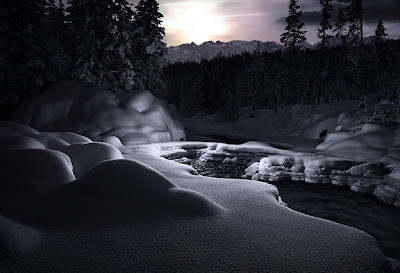 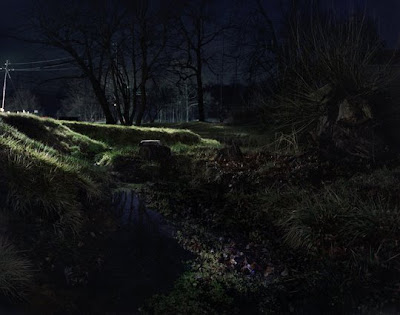 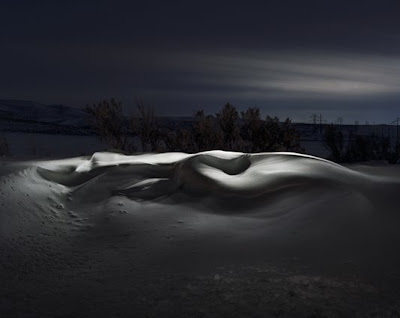 I think there might be an echo, as some would call it, but I think you could do that with a lot of photo projects. I'm willing to bet there was no intentional direct connection - though certainly I'd agree the work is very similar.

Honestly, there's a million people who shoot in this manner now - it's more a matter of selecting the photos to put them in the same order. Then it would probably be pretty easy to make semi-identical portfolios.

Really? I haven't seen any of this type of large-scale light painting of landscapes outside of this. Can you point me to any, I'd be curious. Yes, definitely a lot of similarity between projects, but when something is this specific with technique, it's hard to justify. It would be like me trying to do book cut out shots like Thomas Allen. No way - been done (and extremely well)

You definitely bring up a good point and I definitely see the resemblance between the works however. I know Jarret personally and I worked with him when he was making this series and I don't think he had any intentions of copying someone else work. I am pretty sure this was shot large format and it is definitely painting with light.

Oh, I'm not accusing of copying necessarily (see the bit I write about the Aztecs) but rather pointing out that this work pretty much already exists, is out on the market, and has earned distinction. To give a major prize to someone else for it in 2009 seems nuts to me.

"work pretty much already exists, is out on the market, and has earned distinction"

I would say that this is not uncommon in awards. I'm always seeing derivatives win or the same type of image/gimmick top other more creative much more accomplished work-and I'm not just talking about mine ;)

I wonder if its the "safe" or easily sale-able decision?

I just wandered across this blog for the first time, its a great resource well done...I know i'm late but here's my pov, its long but here goes....

I was his First Assistant for a long while and now provide Print and Post Production services for him and I know he would be honored to have you guys defending his originality. He works very hard at it and has developed a style which requires so much work and industry that its unlikely that people will stumble on an aesthetic quite like his, you see its born from a long and successful career in still-life, but is rooted in a need to codify the weirdness of non places in both the built and natural environment. You can read up on his Concept from various published articles on his site.

He pushes technology to its limit by taking loads of equipment to the coldest, wettest, sandiest and remote places capable - no mean feet! and very expensive. Yup its all digital and large format and he prints on the lightjet up to 4m wide.

Photographers have taken lights into the landscape before - Winston O Link is probably Tim's greatest inspiration. And yes there's a lot of night photography about which is powerful and emotive, but most of this comes from using available sources - street lights, car lights etc... Not many people have the crew/technique/production skills necessary to pull off the production values in Tim's work. Crewdson clearly does, but his and Tim's work shouldn't be contrasted in the least as they have very different agendas and processes.

Back to the point...Light painting is nothing new after all its an experimental process and experimentation should be championed as it helps develop our visual culture and a photographer/artists repertoire of skills. So in the time of a photographer's/artist's career they will undertake a journey both technical and conceptual which along the way will have commonalities with other works. Are you suggesting they shouldn't be allowed to exhibit or sell this work or be taken seriously? Historically if you look at painting, the old masters were and continue to be copied, do you really believe that an artist reaches absolute originality (if that exists) without ever having taken a path similar to those practicing art around them? At some point if they want to be respected and remembered by their peers they will have to develop a unique style or concept. Until then, if the buying public want to buy works that are 'similar' to existing masters of a style then that's up to them. If the artist doesn't develop, in time they won't be taken seriously and the 'market' will sort that out.

So Tim Simmons shouldn't feel threatened by this work in the least, if he has inspired someone to get out there and do something then great - its an experimental process and once that bug bites you, its got you forever - Tim couldn't ask for a better compliment.

Hey Luke - Thanks for weighing in. All good points and yes, emulation is the highest form of flattery. Again, my issue isn't with someone buying his work,but rather this (what I consider to be inferior to Tim's) work being awarded a prize when it is so similar. I've done a fair share of light painting myself but I'd never consider doing similar (if more low budget versions) to Tim's work and expect it to "fly" but maybe you are tright and with time the market will sort it out.

You'd be amazed at how many graduate photo students have visited his studio over the years looking for work with images in their book that reflect his style.
It's almost like lecturers and tutors encourage this emulation or at least don't discourage it. I'm certain these kids think that to display an aesthetic loyalty is the best way to get work.
Some of that must bleed over into the judging panels come awards time so i understand your frustration.
Without wanting to sound too cynical, I've never payed much attention to awards as I've always found them to be politicaly corrupted by industry and not a true reflection of ability. The pro awards over here are a joke. Unless you like images of babies holding cigarettes and rusty buicks and barndoors.